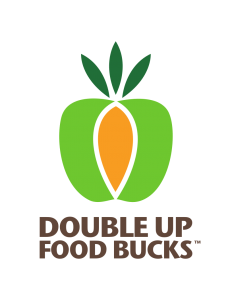 The Asheville Buncombe Food Policy Council is excited to announce that the Double Up Food Bucks (DUFB) program, which was recently featured in this Mountain Xpress article, has launched at the French Broad Food Co-op!

On Thursday June 22nd Co-op customers began signing up for the DUFB program which allows customers purchasing local produce with SNAP/EBT to double their dollars, up to $20 per day. These DUFB credits can be used on any produce in the store at any time up to a year from the initial purchase. In just the first few days of the program 15 people had signed up, and after the “soft open” period is complete Bountiful Cities, the DUFB program Lead Agent, will launch a public outreach campaign to spread the word far and wide. We expect to see hundreds of people benefit from this program in its first year, and many more in the future.

This program was initially organized locally by the Food Policy Council’s Access Cluster in partnership with the program’s founder, The Fair Food Network, and over a dozen community partner organizations who volunteered countless hours over the course of 2016 and 2017 to plan for and secure funding for this program in Buncombe County.

The Food Policy Council remains one of DUFB’s primary partners, and we look forward to continuing to work toward greater food access in Asheville and Buncombe County through this and other initiatives!